My husband and his friends are really into mountain biking. This past August, we took a trip to Brian Head, Utah, so they could ride in a race that was taking place there. I actually took my bike along for the trip too. It was so much fun, even though I fell off my bike a bunch of times and got totally scraped, bruised and sunburned.

Normally when I go on these trips I take a camera, but not a bike. These guys are really experienced riders, and I am not. I do enjoy riding the trails with my husband, but it’s not as much fun for me when he gets together with a bunch of hardcore riders and they decide to ride down really insane terrain. To that, I say, “No thanks!”

I usually have more fun taking photos of them than I would have if I were attempting to ride with them. I took quite a few photos on this Utah trip~ almost 1,000 photos all together. No, I am not going to scrapbook them all. 😉 But I am picking out all my favorites to print and scrap.

It was sooooooooooooo beautiful up there in the mountains, and it was hard to take a bad picture up there. Everywhere I looked, there was gorgeous scenery. Pretty incredible! Utah is just spectacular.

The rider pictured in this scrapbook layout is my husband. For his cycling layouts, I try to keep it simple- definitely no paper lace, ribbons, or Prima Flowers. The truth is that my husband would rather just have his photos stuck in albums. He does humor me with my scrapbooking, but I try not to press my luck and go too crazy with embellishing his bike photos. 😉

Interestingly enough, I’ve found that he seems to like the layouts I’ve been doing lately with Reminisce’s Great outdoors line. The papers are really ideal for this kind of layout — much better suited than the few-and-far-between bike-themed papers that I’ve seen. I do dream about the day when someone will release a downhill mountain biking themed collection, but until then the Great Outdoors line is the next best thing. 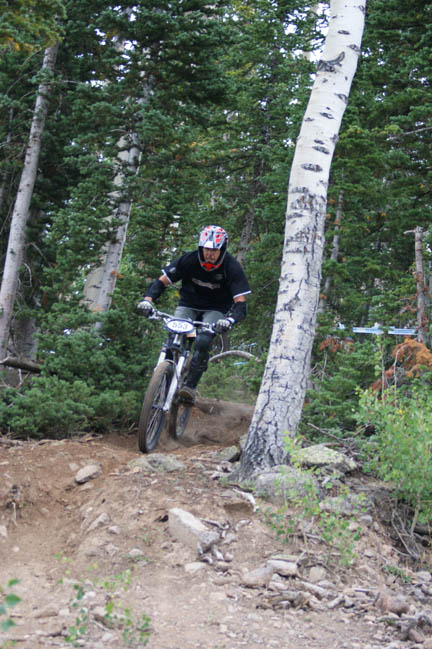 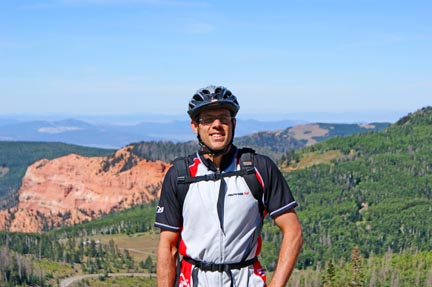 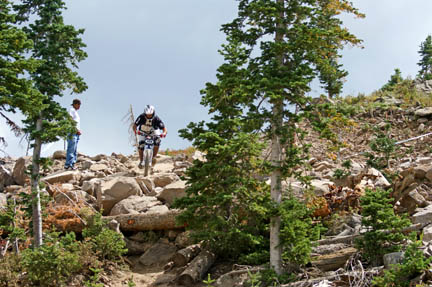 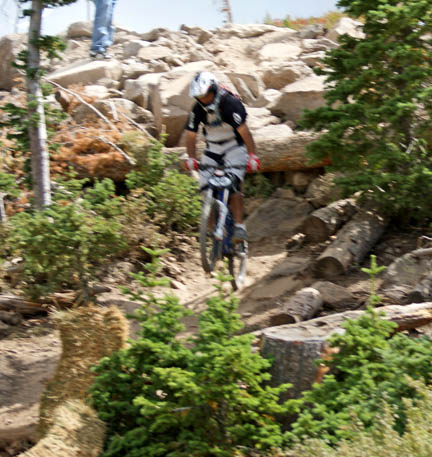 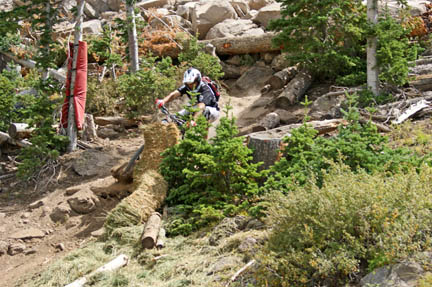 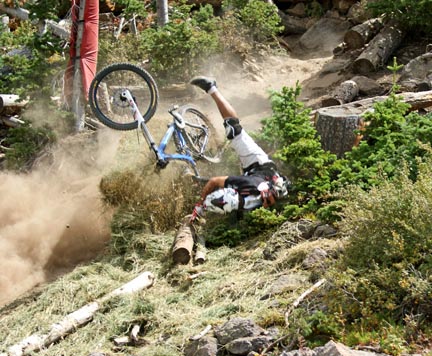 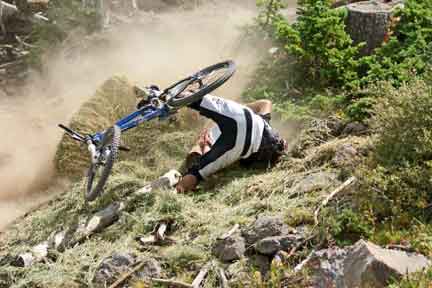 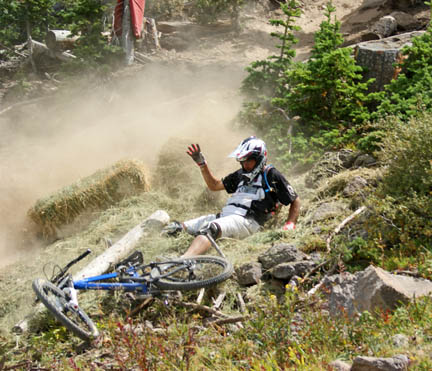 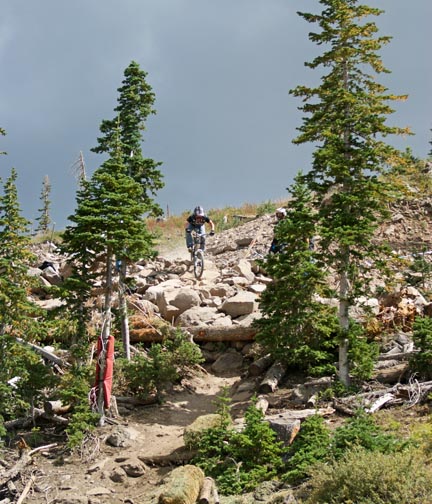 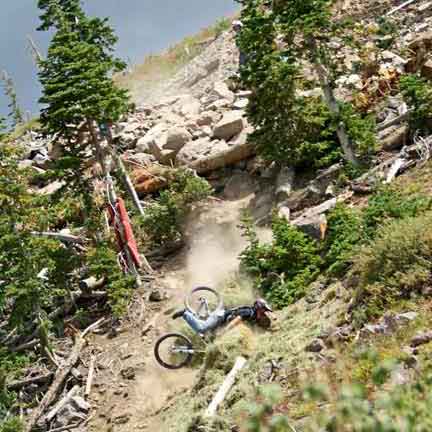 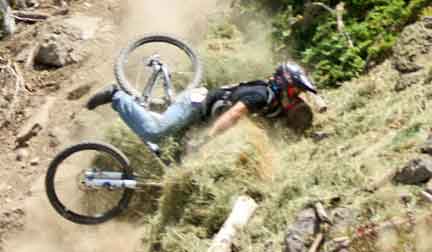 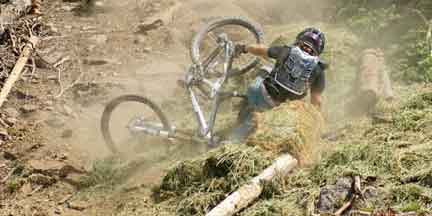 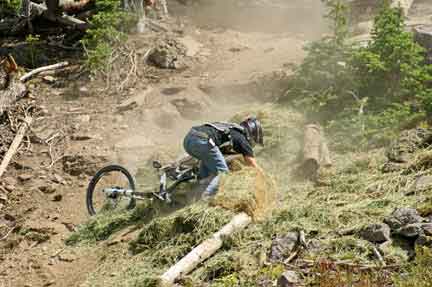 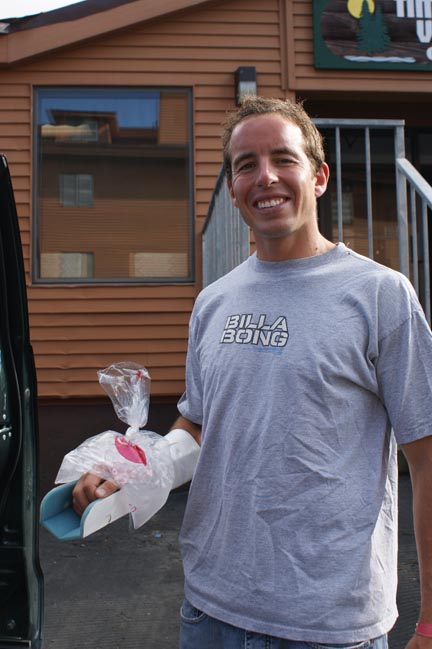 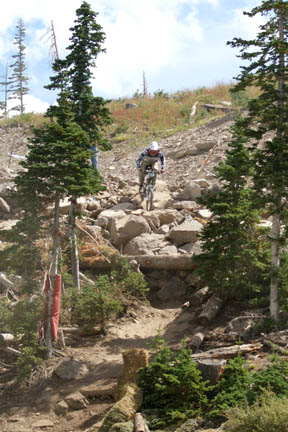 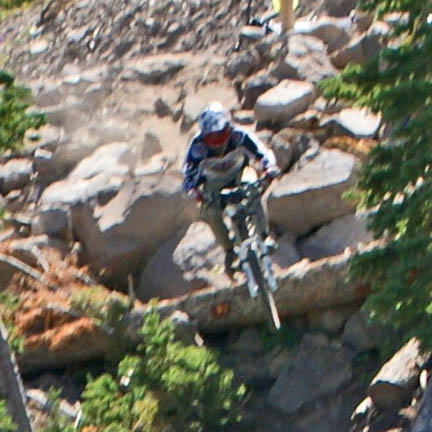 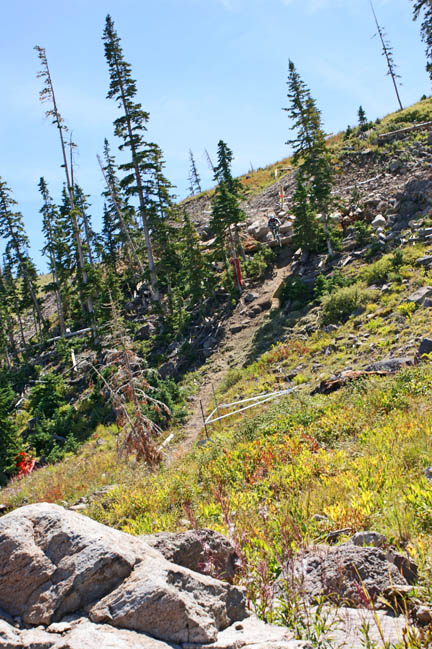