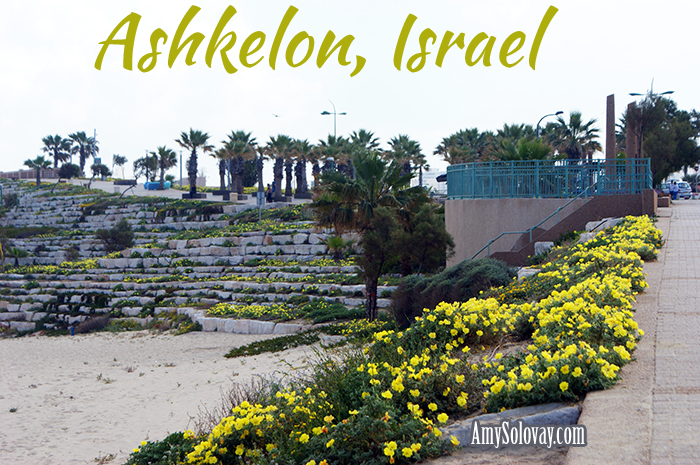 The Beach Right Outside Ashkelon Marina in Ashkelon, Israel

Ashkelon, Israel is an ancient city that was mentioned by name in the Bible. Nowadays, most of the buildings in Ashkelon are contemporary apartment buildings, single-family homes and retail shops — but wandering throught the city’s streets and parks, you’ll find ancient ruins and architectural details that are left over from the Roman empire.

Of all the cities I visited in Israel, Ashkelon is my favorite — and, indeed, I think it is one of the most fascinating cities on earth. There are bunches of interesting things to see and do in Ashkelon. I invite you to take a peek at a few of them: 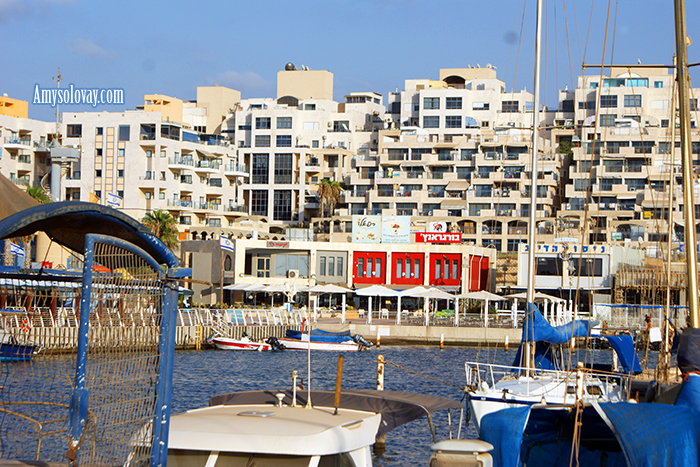 Ashkelon Marina is one of the city’s liveliest places to visit. It is not the prettiest marina I’ve been to; but, unlike many of the other marinas I’ve visited in the Mediterranean, Marina Ashkelon offers a broad selection of things to do. Another fantastic thing about Ashkelon Marina: there’s ample public transportation that’s easily accessible to visiting boaters, which means that you don’t need a car to enjoy your trip to Israel. From the marina, it’s a quick walk to the nearest bus stops; or you can take a taxi if you prefer to be driven. The public transportation system consists of buses and trains; it can take you to almost everywhere in Israel you might want to go.

In addition to the waterfront views and the nearby beaches, the marina offers you abundant shopping opportunities. The marina is home to an assortment of retail establishments including a sizable shopping mall.

If you’re visiting Israel by boat, Ashkelon Marina is a welcoming place to dock. Ashkelon is a port of entry, which means you can sail straight from Greece or Cyprus (or wherever else you might have been cruising to) straight into Ashkelon. Security is strict, but we found the Israeli officials who conducted our security checks to be courteous and careful.

The marina is home to a friendly, multi-national community of knowledgeable boaters. They’re wonderful people. It isn’t at all hard to join the clique (and I say this as a person who is not Jewish). You’ll find yourself making friends from every area of the globe. In addition to native Israelis, you’re likely to meet people from Russia, Ukraine, South Africa, Ethiopia, Europe, the USA and elsewhere. Any languages you happen to speak will come in handy here, but most people in Israel have at least a basic ability to speak English.

You’re also likely to meet a whole bunch of playful kittens and cats in the marina. If you happen to see any of these cuties, could you please do me a huge favor and feed them for me? They’re my buddies. Thanks! 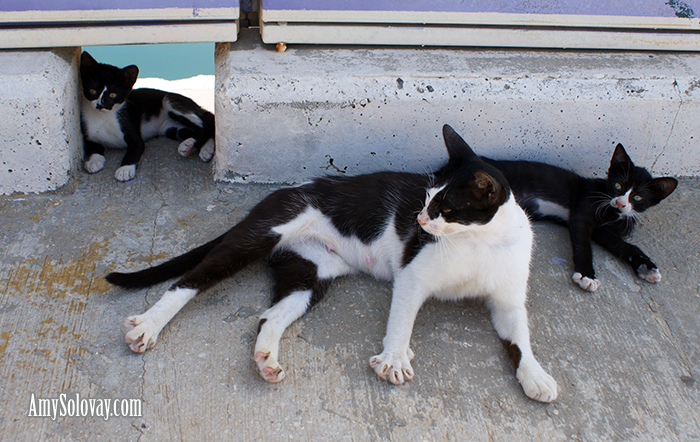 Ashkelon Marina’s is home to a number of adorable kittens and cats. 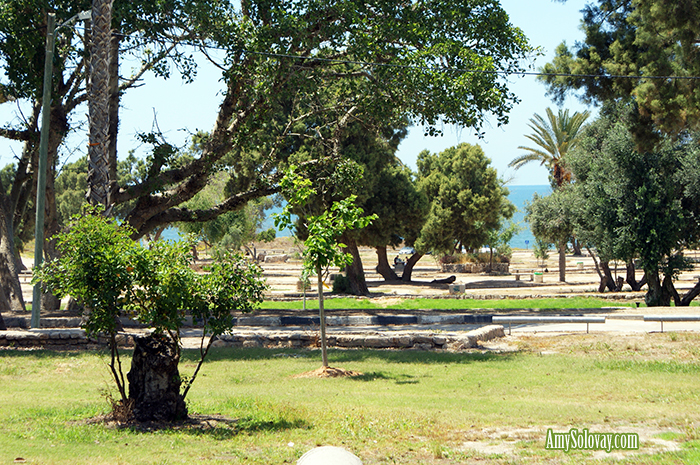 Ashkelon National Park (גן לאומי אשקלון). If you look closely, you can see the Mediterranean Sea in the background.

The locals refer to Ashkelon National Park as “Gan Leumi”. In Hebrew, “Gan” means “garden”, and “Leumi” translates to “national”: “National Garden”. It’s an apt description, but Ashkelon National Park is actually much more than a garden. It’s a fascinating historic site offering you an abundance of worthwhile sights to see including ruins and fragments from ancient Roman, Byzantine and Crusader structures. 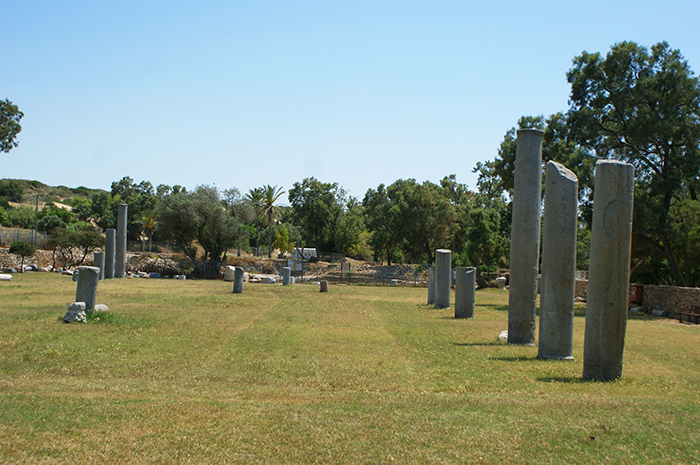 Columns Left Over From the Roman Empire in Ashkelon National Park 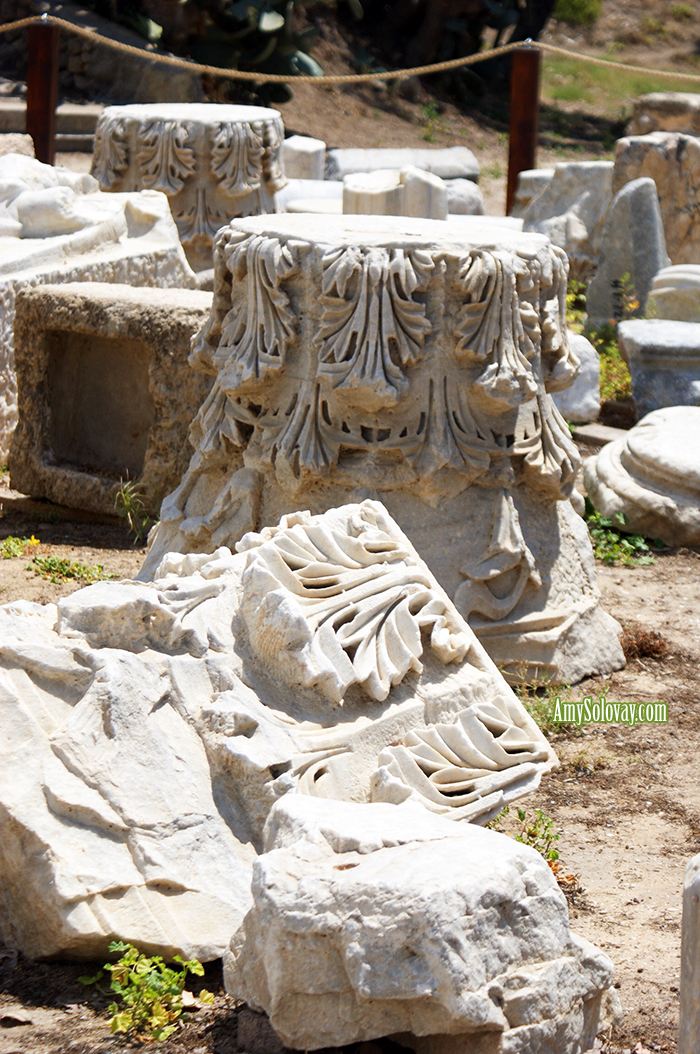 Long ago, Israel was part of the Roman empire. These artifacts in Ashkelon National Park are a reminder of that time period. 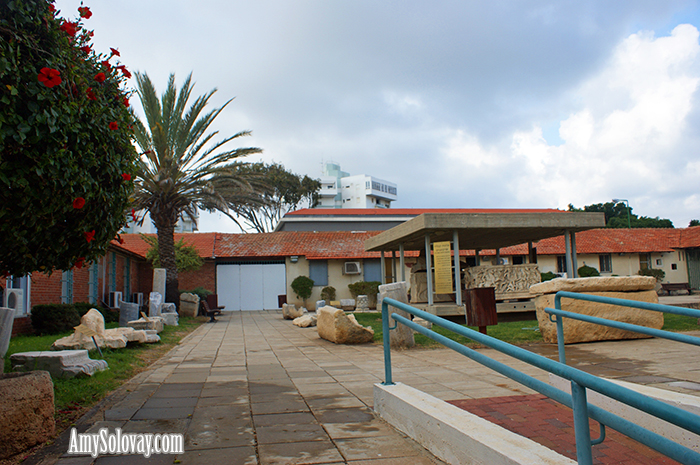 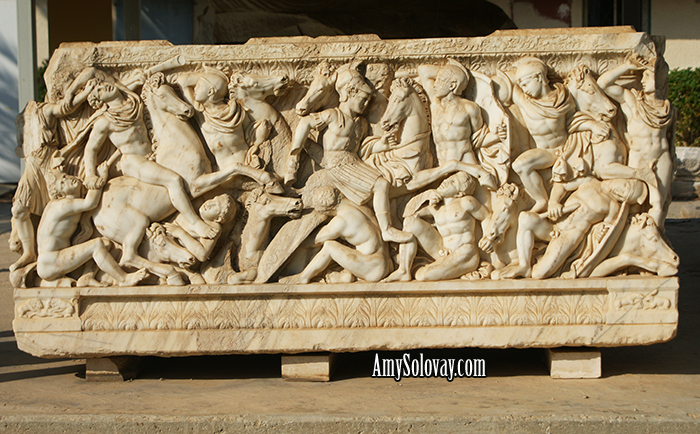 Roman Sarcophagus Dating Back to the Third Century AD. The marble sculptures on three sides of this piece depict a battle between the Romans and the Barbarians. On the fourth side, lions are pictured attacking bulls. This artifact is on display at the antiquities courtyard museum in Ashkelon, Israel.

Close to Ashkelon’s post office, there’s a free antiquities museum where an intriguing collection of miscellaneous artifacts is on display. The artifacts in this collection date back to the third century.

At the time I first visited this little museum, I was overcome with curiosity. It didn’t appear that any curators or administrators were on duty. Why not, I wondered? Not only that, the exhibits are just right out in the elements, with little protection.

Apparently, this situation came about because builders discovered some of these artifacts while they were digging to build an unrelated construction project. They were unplanned discoveries, rather than carefully purchased museum acquisitions. So it wasn’t like there were curators just waiting to place them in a purposefully reserved exhibition space.

My husband, Mike, and I have visited the antiquities courtyard several times. Each time we’ve been there, we were the only visitors. I find it hard to believe that hordes of artists aren’t there with their sketch pads, and social media influencers aren’t there in droves taking selfies. In hindsight, I wish I had snapped a few selfies at the times I visited. I did, however, take bunches of pictures of the marvelous artifacts found in the courtyard. 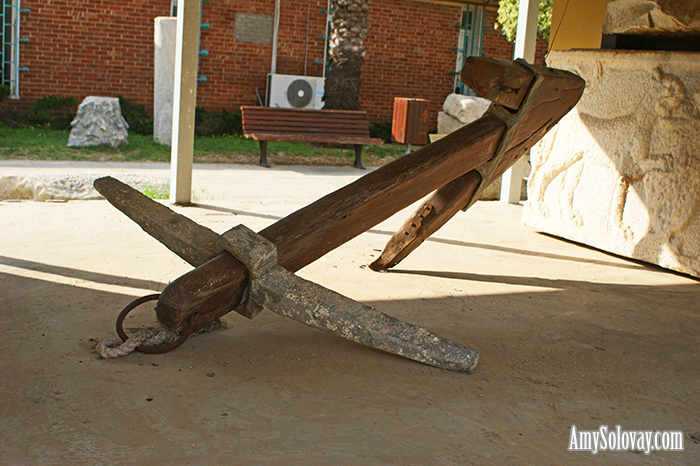 This ancient anchor dates back to the times when the land of Israel was part of the Roman Empire. This anchor is currently on display at the Antiquities Courtyard Museum in Ashkelon, Israel.

One of the exhibits I found most fascinating was a giant anchor that turned up on Ashkelon Beach. It dates back to the Helenistic Roman age. The anchor itself is made of wood, and wooden screws are holding parts of it together. It has iron plating plus lead clamps and a lead plummet.

The anchor is huge.

My mind boggles a bit, thinking about the teamwork it would take to actually drop such an anchor into the sea and later pull it back out again. 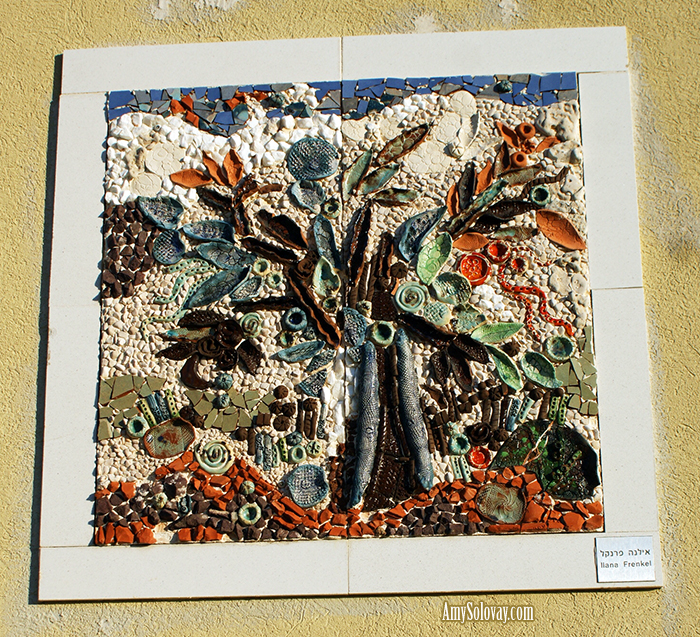 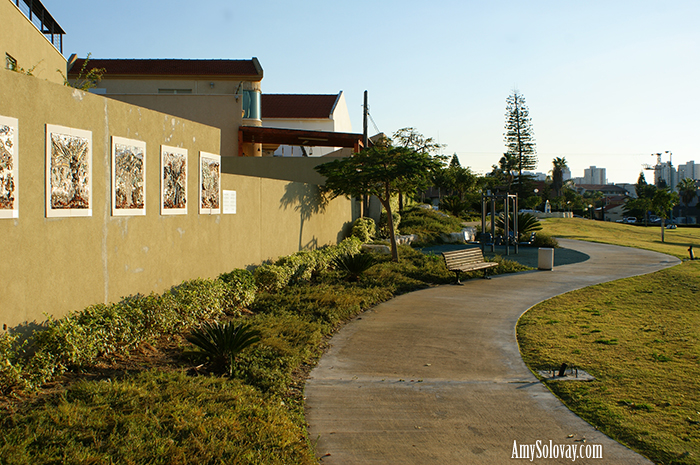 This is a lesser-known park that apparently didn’t make it into many (or any?) of the guidebooks. Travelers really don’t seem to go there much — but I think they should consider it! At least, I think it’s a lovely place to go if you’d like to view unusual mosaic art. If mosaics / public art aren’t your thing, you could safely skip this. The other parts of the park are nice, but the mosaics are really what differentiate this park from all the other zillions of the world’s parks you could travel to. Overall, I think this is a worthwhile place take your kids for a picnic, a stroll and some playground fun.

Ashkelon, Israel isn’t as well known as Israel’s other cities like Jerusalem, Tel Aviv, Eilat and Haifa. It doesn’t have the staggering numbers of attractions that Jerusalem and Tel Aviv offer — but, despite that, I think this vibrant city is well worth visiting.

As a former liveaboard cruising sailor, I siezed countless opportunities to visit often-overlooked places like Ashkelon. If you’re interested in knowing where to find interesting places that do not attract great masses of travelers — places where you can enjoy unique and authentic travel experiences — I invite you to visit my other travel guides.