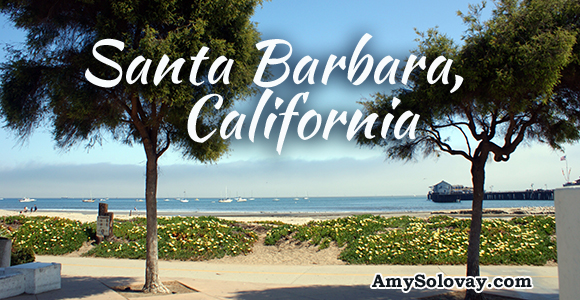 Santa Barbara, California is one of the most beautiful cities on earth. Its residents are billionaires, celebrities, homeless people, ordinary Joes and Janes and everyone in between. Santa Barbara offers travelers an abundance of compelling reasons to visit including spectacular beaches, cultural venues and some of the worlds best-kept parks.

The Inside Scoop on Santa Barbara, California

My husband Mike and I lived in Santa Barbara’s nearest neighbor of a city, Goleta, for 2 years. Our place was basically right at Goleta Beach — which is a lovely beach if you enjoy birding. It’s beautiful there.

After that, when Mike and I moved aboard our sailboat, Typhoon, we spent another couple of years cruising the California coast. At that time, were frequent visitors to Santa Barbara Harbor. So we can give you insights about the city from both a landlubber’s and a cruiser’s perspective.

Personally, I LOVE visiting Santa Barbara, but I’m not sure I’d want to live there again. I definitely enjoyed Santa Barbara more as a landlubber than I did as a cruising sailor. I have a love / hate relationship with Santa Barbara Harbor. I’ll get to that momentarily.

Here’s the real, honest-to-goodness inside scoop on Santa Barbara, California…

Traveling to and From Santa Barbara 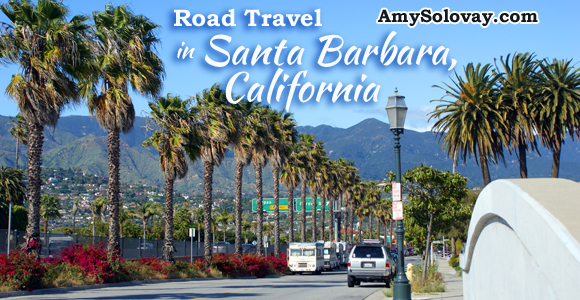 The 101 freeway is the major freeway offering access to and from Santa Barbara, California.

Things to Do in Santa Barbara, California

Santa Barbara Attractions, Points of Interest and Activities to Enjoy

Dining Out and Shopping 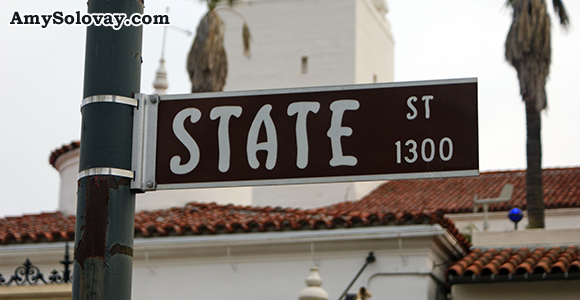 Santa Barbara is legendary for its world-class restaurants, department stores and boutiques. Some of the area’s best shopping is accessible from State Street. These days, State Street is home to an increasing number of big box chain stores and discount stores as well as the trendier, more upscale boutiques and eateries Santa Barbara is famous for — so you’ll find interesting options no matter what your shopping budget looks like.

There are numerous restaurants, theatres, comedy clubs, bars, nightclubs and music venues in Santa Barbara, California. You’ll enjoy abundant opportunities to sample interesting cuisine, catch a concert, get out on the dance floor or check out a DJ spinning some tunes.

Weather conditions in Santa Barbara are usually sunny, comfortable and pleasant, with temperatures ranging from 46 – 74 degrees Fahrenheit. It doesn’t snow in Santa Barbara, but the area does get an average of 21 inches of rainfall per year.